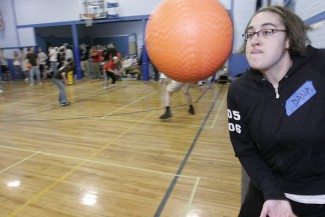 A long time ago, we started the Wikipedia article on Four Square and since then it has grown into a very useful summary of how to play the game. It was also a repository for any grade schooler to toss in one's or one's special rules, which unfortunately doesn't jive with Wikipedia's citation and original research policies. Our own league member Kayle recently recovered a huge list of special rules that had been edited out of the original Wiki article and we present it here for posterity. Here it is, unabridged and unabashed, just as it was originally presented in Wikipedia.

What if the ball is already going out of bounds? 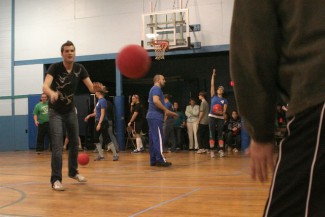 Dear Sean. In 4-Square, I hit the ball into another court, albeit too hard and so it would have gone out. However, the player in that court put her arm out and the ball hit her arm before it went out. She called it out, but since she touched the ball, she should have been out. Instead, an argument ensued, and she insisted that I was out since the ball was going out. How would you have settled this problem?

The Cheating Cheaters who Cheat 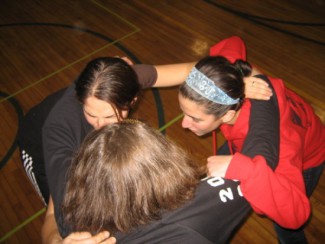 Dear Sean, Well this is more of like a help thing. When i play 4-square and i am at the diagonal square to the king square, the king serve the ball not diagnol towards me. He serves more like diagonal near towards the queen's square and the ace square/toilet, but STILL in my square, can he even do that? and so if it hit the inside lines, it means you're out right?

Fault vs. Blackjack: Round One! 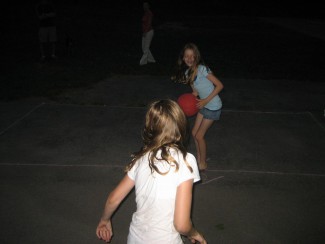 Recently, our members threw down about the fault rules for the receiver. The big dispute based on this scenario. 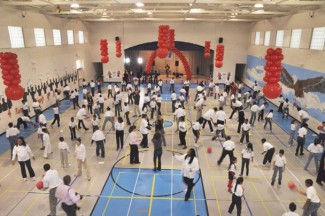 While working on a project for Cartoon Network, Laura McNally played a part in setting a Guinness World Record for the greatest amount of simultaneous four square players. Nice work!